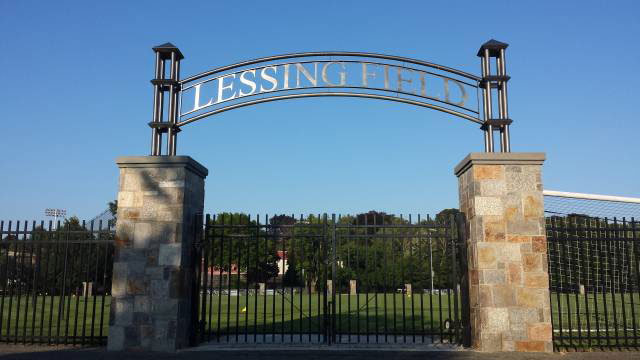 The Fairfield University soccer programs play their home games on Lessing Field. Renovated in 2003, the playing surface was expanded for soccer and the grass surface itself was replaced with a high-durability sod. Irrigation and drainage systems were installed along with lights to allow for night games. Along with a scoreboard and a press box, the renovation has given the Stags one of the league’s top facilities. The 600-seat stadium is Stag fan-friendly as it is located centrally on campus. Lessing Field has played host to numerous conference championships, hosting five MAAC Soccer Championships since 2004. In 2007, Lessing Field was the location for both the men’s and women’s tournaments, with each championship being aired live on ESPNU, as was the 2006 men’s title game, also from the Fairfield campus.